Our dependence on forests for survival cannot be underestimated. The air we breathe to the wood we use show our dependence on forests and the Earth being home to different habitats of flora and fauna provides a rich biodiversity which should be protected. Deforestation has brought in destruction and turbulence to the biodiversity of forests. With the world seeking to slow the pace of climate change and preserve wildlife, the answer to this question lies in preventing the mass destruction of trees for short term gain.

The highest level of deforestation occurs in the tropical rainforests and Earth has only about 31% of its land surface under forest cover at present with nearly 50% of the global tropical forest cover already being wiped away. Statistics put forward by the United Nations Food and Agricultural Organisation has demonstrated that on average, 18 million acres of forest is being lost annually, which is approximately the size of Panama or an equivalent to 27 soccer fields per minute as shown by the World Wildlife Fund. Greenhouse gases which play a significant role in climatic change, accounts for 15% which occurs due to deforestation activities Sadly, it is estimated that within the next 100 years there would not be any rainforests left.

Deforestation has a significant impact on the global carbon cycle, increasing the greenhouse gasses which bring about thermal infrared radiation absorption in the atmosphere. When the level of greenhouse gasses increase, it brings about climatic change which would bring about natural disasters. Oxygen is the vital gas which keeps most living organisms alive and it is the second most abundant gas found in our atmosphere. Nearly 260 pounds of oxygen is produced annually by a tree and the oxygen produced by an acre of trees is equivalent to the amount of oxygen consumed by 18 individuals per year. Unlike carbon dioxide, oxygen does not have the ability to absorb thermal radiation, this increases the level of atmospheric carbon dioxide increasing global warming. The Environmental Protection Agency has shown that trees can help in this situation, while deforestation only aggravates the situation by decreasing the amount of sored carbon by releasing more carbon dioxide into the atmosphere. When trees die, it releases the stored carbon. The 2010 Global Forest Resources Assessment has shown that due to deforestation, approximately a billion tons of carbon is released into the atmosphere. However, an acre of trees has the capacity to remove nearly 2.6 tons of carbon dioxide annually from the atmosphere. 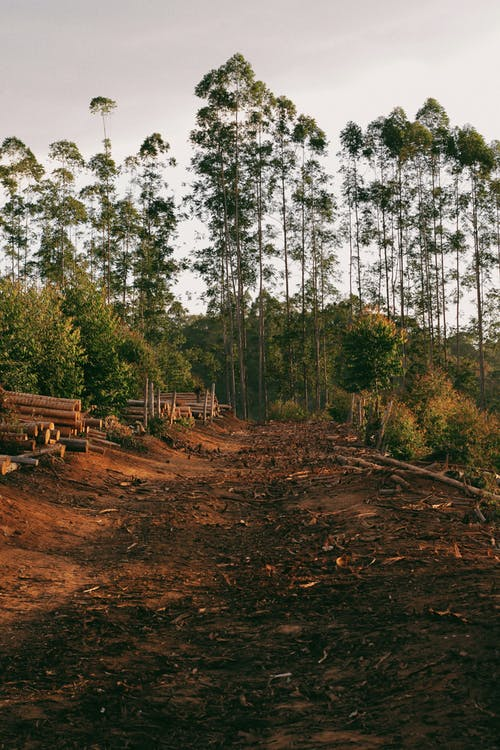 Deforestation affects not just the levels of carbon, but the distribution level of water vapour too. The exchange of water vapour and carbon dioxide between land and the atmosphere, makes it the biggest concern for climatic change. Deforestation has caused a reduction in the global vapour flows by 4% according to the National Academy of Sciences. Although, it might look a narrow percentage, the rate of disruption in the natural weather pattern is large, as it could change the current climate model. Trees help in improving the water quality and it helps to filter rainwater.

Poor air quality affects life and in 2016, it was estimated that there were 4.2 million premature deaths due to poor quality in the outdoor air. 90% of it was observed in low and middle income countries according to World Health Organisation records.

The World Wildlife Fund has estimated that more than a quarter of the Amazon biome would lose its current forest cover by 2030 counting at the present rate of deforestation, which is very alarming . May 2019 saw the highest level of deforestation in the Brazilian amazon and concerns have been prompted into the illegal mining, farming and logging occurring init. The Amazon is considered the ‘lungs of this world’ producing over 20% of the global oxygen requirement. The Amazon rain forest being the largest rainforest, plays a great role as an oxygen producer and carbon sequestrate, however in 2019 it lost 739sq km in 31 days which is equal to two football pitches per minute. Thus, 2019 is considered one of the worst years in history for deforestation.

Without trees, the survival of humans too is in question. Trees produce the much needed oxygen which is vital for human survival and deforestation causes the air to be unsuitable for breathing which is evident through the rise in respiratory diseases. People might have to develop gas masks which could filter the small amounts of oxygen which is left in the air in future for their survival. With low levels of circulating oxygen in the atmosphere, the air becomes filled with pollutants and airborne particles like sulphur dioxide and carbon monoxide could increase the atmospheric temperatures.

Reforestation should be encouraged to help in improving the quality of air which would also help in retaining a greener earth for future generations. Experts too agree that when rainforests are intact, it has more economical value than when trees are cut down making it our responsibility to plant more trees for the future.