Holi – A festival of color

A chaotic whirlwind of water balloons and color? To say that Holi is a colorful festival is an understatement. This vibrant and messy festival is usually celebrated on the day of the full moon on the month of March.

Also referred to as the ‘festival of spring’, Holi celebrates the arrival of spring and the end of winter, symbolic of the triumph of good over evil. The legends of Holi are as colorful as the festival itself and there are two of such prominent legends relating to Krishna and Lord Vishnu. The one relating to Lord Vishnu goes as below.

The powerful evil king Hiranyakashipu forced his subjects to worship him as their god but his son Prahlada continued to be an ardent devotee of the Hindu deity Lord Vishnu. This made the king very angry and he plotted with his sister, Holika, to murder his son. Holika, who was immune to fire, convinced Prahlada to sit on a pyre with her but as the pyre was lit, Prahlada’s devotion to Lord Vishnu helped him survive the fire and walk away untouched while Holika was burned to death despite her immunity to fire. It is said that from the name “Holika” the name ‘Holi’ is derived. (KIDANGOOR, 2020)

There is yet another legend associated with Radha and Krishna where the playful Krishna, envious of Radha’s fair complexion, had applied color on Radha’s face to make her the same color as he was. It is believed that the practice of throwing color at each other was derived from this playful act between the two lovers.

Holi is also referred to as the “festival of love” as this is an occasion when people meet to play, laugh, have a good time together or simply to forgive, forget and repair damaged relationships. On the eve of the festival large pyres are lit where dried leaves, twigs and wood are thrown into the fire, signifying the burning of evil spirits. On the top of these pyres an effigy is set up to represent Holika who tricked Prahalad to sit with her in the pyre. The morning after the bonfire, the streets of India turn multicolor as colored powder is thrown into the air and on each other, people emerging out of it colorful bundles of laughter and joy. Splashing water on each other is also a popular activity during the festival and squirt guns, water pistols and even whole buckets of water are used to drench each other in merriment. Balloons filled with colored water descending from balconies is also very common during this period so we’d advise you to watch out for descending waterbombs on the streets of India during this time.

The festival of Holi, even though it is a Hindu festival, transcends all boundaries of nationality and religion and has become a festival that is loved by all worldwide. Part of this maybe due to Hindu communities residing worldwide but as per ancient texts, even poets such as Ibrahim Raskhan (16th century) and Amir Khusrau (13th century) have referred to Holi in their poems as colorful festivals which were widely celebrated. Having been given the name of Eid e gulaabi or Aab-e-Pashi (Shower of Colourful Flowers), Holi was said to be celebrated with as much fanfare as Eid itself.  (Safvi, 2016)

If you’d like to participate in the festival of Holi, we’d advise you to get ready with an additional change of clothes because covered in all that color and water, you’d definitely need a good bath and a change of clothes afterwards. (Holi : a Joyful and Colorful Festival, HoliFestival.org, n.d.)

Safvi, R., 2016. In Mughal India, Holi was celebrated with the same exuberance as Eid. [Online]
Available at: https://scroll.in/article/800900/in-mughal-india-holi-was-celebrated-with-the-same-pomp-as-eid
[Accessed 21 December 2020]. 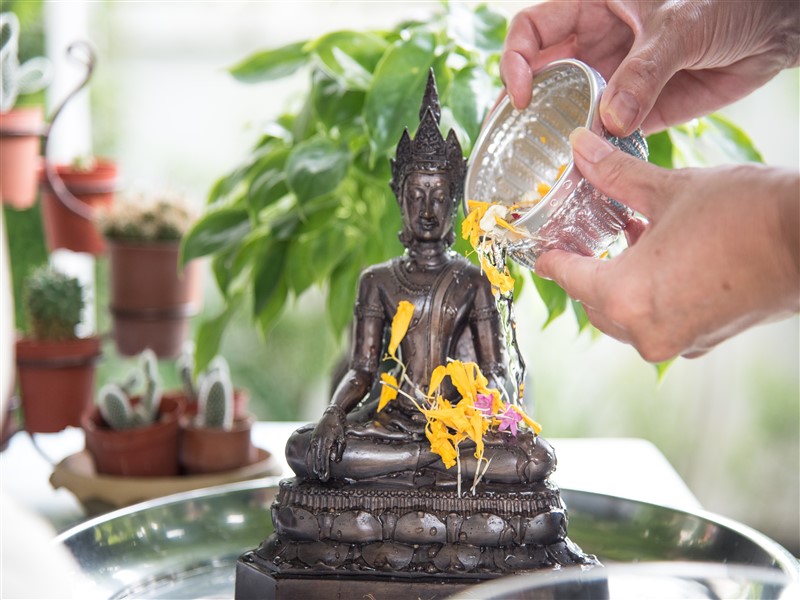 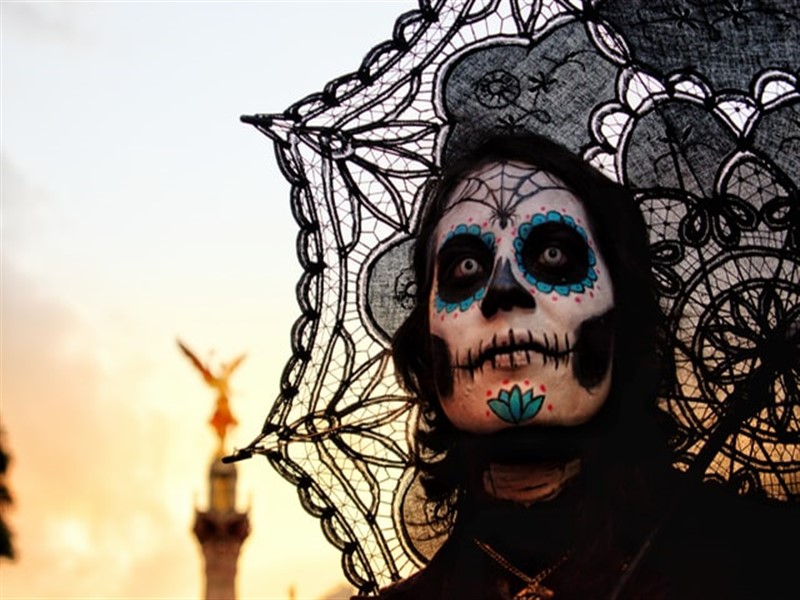 Dia de los Muertos – The Festival of the Dead